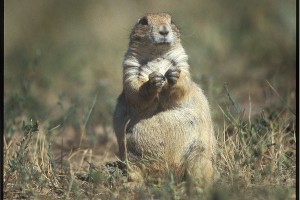 Its spring in Montana along with constant and drastic weather changes comes gopher season! Ok there really isn’t a season for these creatures but with early spring comes green grass and sunshine making favorable conditions for them. The season is always open and with the breaking of a Montana winter I would say this is a great remedy for cabin fever.

After a long winter it is always exciting to see the first gopher poke its head out of its tunnel indicating that soon they will be running rampantly around the fields. Which in turn means you can find me out in the farmer’s field with my .22 making the little rodents my entertainment and target practice. I know this sounds morbid but it is highly addictive, fun and it turns a rancher into your best friend.

Much like most new hunters a 22 rifle typically becomes the first firearm they can call their own. Fitting with that tradition, years ago a Ruger 77/22 became my first rifle. It was put together to fit me and with thousands of rounds of Federal bullets, this rifle has been the demise of many a rodent. Having a rifle that fits me has proven to be an invaluable training tool for my reaction in cambering a round, shouldering the rifle, finding a rest, acquiring the target quickly through the scope, and performing the shot. Prior to having this rifle and the practice of gopher shooting, when an opportunity arose during rifle hunting season I would clumsily stumble through the needed steps to take the animal.

Gophers like the warm spring days, so this is a leisurely day that you don’t have to jump out of bed early for. Requirements for the days hunting are; securing access to the ranchers’ field, 22 riffles a couple 1000 rounds of ammo, gathering up your buddies, fueling up, grabbing snacks & beverages and you are on the way to a fun filled day.

Over the years I have gotten many of my non hunting gal friends hooked on this sport including the gals that don’t have any prior hunting or shooting experience. It doesn’t matter who I am gopher hunting with it’s always a day full of friends, fun and laughter. At the end of a year you can rest assure no matter how hard you shot out a pasture, when the snow thaws the next spring it will start all over.

A Gopher Note:  A gopher is called a variety of names.The term gopher as it is commonly used does not relate to any one species, but is a generic term used to describe any of several small burrowing rodents endemic to North America, including the pocket gopher, the ground squirrel including Richardson’s ground squirrel, woodchucks, groundhogs and the prairie dog.

2 Responses to Calling All Gophers