The Perfect Storm on an Unlikely Buck

Staying true to our tradition, we headed East of Bozeman to celebrate our 18th wedding anniversary by hunting antelope. While Bozeman was overpowered with smoke from surrounding fires we were able to enjoy some clearer skies. This year we had friends joining us on our hunt. Conner, a thirteen year old we’ve had the pleaser of hunting with the last few years and his dad Jimmy.

Around noon on opening day we took a break for lunch and to take some practice shots with our Judos on a prairie dog town. Split into two different groups Jesse walked beside me ranging and calling my shots we were just starting to have some fun. All of a sudden Jesse dropped to the ground signaling for the rest of us to follow. A lone buck had feed into view at the edge of the prairie dog town we were practicing in. All of us were crouched down watching the buck feed along the timbered edge. He worked his way behind a hill making it possible for Jesse and I to move and get closer. This process continued for two more hills and soon we were crouched side-by-side watching his horn tips come into view in in front of us. As I preparation for the shot, the buck turned and walked to his left behind the hill and into the timber. His change of directions was due to the angry Angus bull that was acting cantankerous towards the antelope. Which was fine by me, I was afraid he was coming for us. We regrouped and moved up the hill and into the timber. Catching movement from the little knoll we were on we ducked down, I was nocked and ready. The buck was coming in paralleling us; at 50 yards I drew my bow as he walked behind a small tree. At full draw I didn’t have a shot as I watched him turn and walk directly at us, at 40 yards he turned and paused slightly to go around a tree giving me the opening I needed. He ran only 15 yards and was down. We sat there for a few minutes in disbelief on how crazy it was that this buck was in the timber and they way it all went down with the Angus bull basically herding him to us. 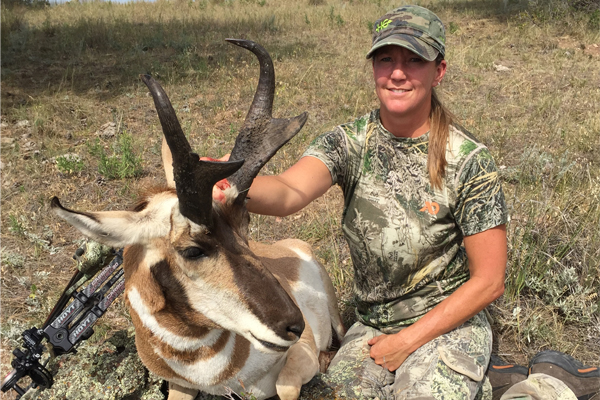 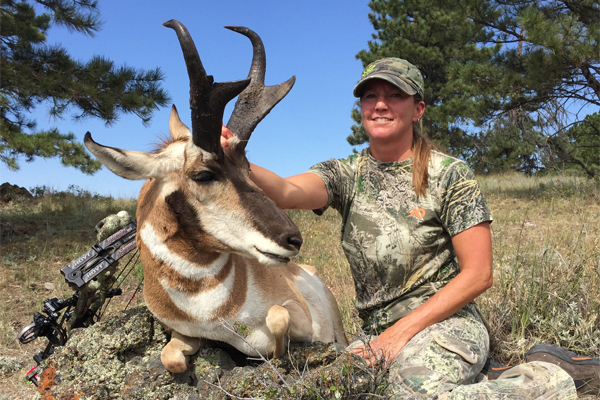 Later that day Jesse sealed the deal on a great buck marking the first time we’ve both tagged out on our anniversary. (unfortunately his photos our on their camera)

On day three, Conner made a good shot on a great buck that he cut his tag on. He’d shot at the same buck the day before and managed to shave a little hair off it so he was happy that he finalized the job. 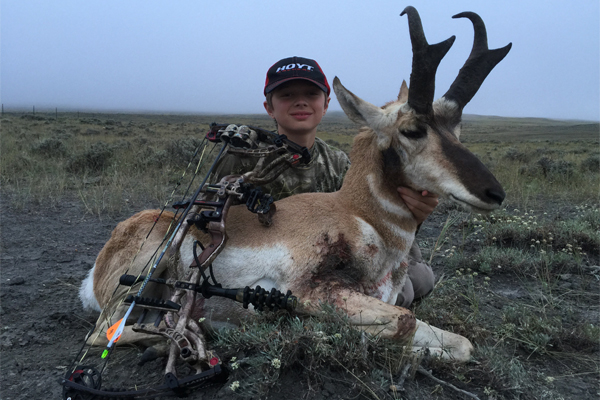 We had a great weekend with good friends and there’s not a better way to spend an anniversary. Of course a lot would disagree, this purely is my own opinion.

One Response to The Perfect Storm on an Unlikely Buck