I’d like to be your friend.  You have many good qualities, like a place to put my stand, camouflage and protection from the wind. I’d like to call a truce.  You taught me how to keep an eye out for you, allowing me to grow as a hunter.

I’m not saying I have totally learned my lesson. You and I will probably have run-ins in the future. But, please, can you torment another hunter for a while?

We used to get along until this past hunting season. You managed to behave during antelope season when I harvested my antelope buck. You gave me enough coverage and yet stayed out of the way of my arrow. I was hoping you’d continue that kind of behavior. 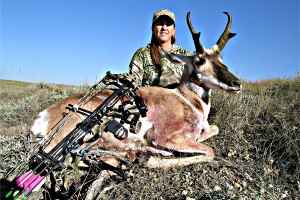 The first weekend of deer hunting, you really started to get on my nerves. Sure, I have to give you credit for providing me with some great camouflage for my tree stand. But you got on my bad side when you and all your leaves blocked my view so well that a nice whitetail buck managed to sneak in, catching me off guard. It was as much my fault as it was yours, so I will take partial blame.

Your second move was the real heartbreaker.  I had the largest whitetail I have seen in real life come under my tree stand. He had two smaller buddies with him, but I hardly noticed them because he was so impressive. Between you and his buddies, my odds were low. When that monster came around behind me, your limbs gave me only limited glimpses of him as he walked off. You must have thought it was fun, because from then on it seemed like you took every opportunity to interfere.

A couple of weeks later I watched an elk for the better part of a day. When the wind changed, I was able to make my slow and steady stalk. I worked into within 30 yards of the biggest bull elk that I have been on with an uncut tag in my pocket.

The wind must have changed, because all of a sudden the bull stood up.  All I had was a small opening between a couple of you. You were taunting me, I’m certain. We both knew you would be in my way.  The herd took off, leaving me sick with disappointment. But I wasn’t giving up. I was like the Energizer bunny; I just kept going and going and going. You, however, were no help at all.

Later in season, opportunity knocked again. A great 6X6 bull was hanging in more open country, limiting your effect on my arrow’s flight but having the reverse affects on my concealment. I took my time waiting for the right opportunity. I sat back and glassed his every movement from my perch. On day five he made his mistake. I quickly closed the gap and was soon in position for the shot.

When the bull stood, the shot angle was not inviting. His move placed him in the only spot your effects would reach.  You mirrored his every step, covering his escape path out of my life forever.

I eluded you for a while and was able to shoot a nice whitetail buck. I had been watching a herd of elk through my bino’s when I saw him. I made a clean, short stalk. Within a few minutes, he was on the ground. You were even there; did I catch you off guard or had I tired you out? 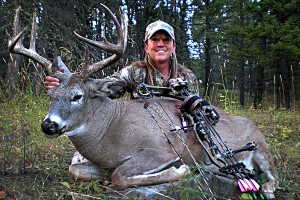 This must have made you mad because you took it out on me. Towards the end of the season, I found a small herd of young bulls, and I had my chance to shoot one of two that were fighting. They were busy clanking their racks together, so I got myself into position and waited for the perfect moment. I drew back my bow and settled my sight on the bull on the right hit the release.

There was this crazy noise, and pine needles came down like confetti. You just couldn’t resist, could you?

The bulls took off, leaving me without cause for celebration. As if to show me who really was the boss, you did a great job at concealing the shoes that I had taken off to make the stalk. It was a long walk back to the truck in my socks.

Archery season came to an end, and I started taking my rifle for walks in the snow. I ignored you, dear Branches, keeping mostly to the prairie. I found a bull out in the flats where your reach would be limited.  The 338 EDGE spoke and my 2010 elk tag was finally cut. 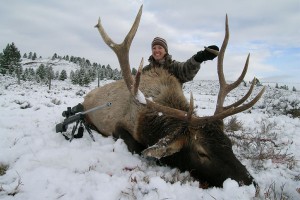 So it all kinda worked out. And I’m willing to let your interference slide this time.
But I trust you’ll cut me a whole lot more slack this fall.

We can be great friends. And I won’t have to carry a chain saw with me.

One Response to Dear Branches