To Shoot or Not to Shoot

After spending the past few months in relentless pursuit of the elusive elk with my bow, I looked forward to sitting in my tree stand for a change of pace.  My stands had been set up for over a month and I hadn’t been back to disturb the area. This was my first evening out, walking in I took note of the wind to help me decide which stand I would make camp in while allowing myself plenty of daylight. I climbed the tree and got situated sending a text to my husband letting him know I was safely in. Now it was time to get out the range finder and start narrowing down yardages on some prominent land marks.  A large log that was 25 yards away caught my eye! (This later turned out to be the reference point I used).  I settled in, I looked around and mentally marked some areas in my head noticing a scrape right in front of my stand about 23 yards out and upon further inspection with my binos I saw some rubs too. This discovery heightened my anticipation of what might appear as the evening progressed. 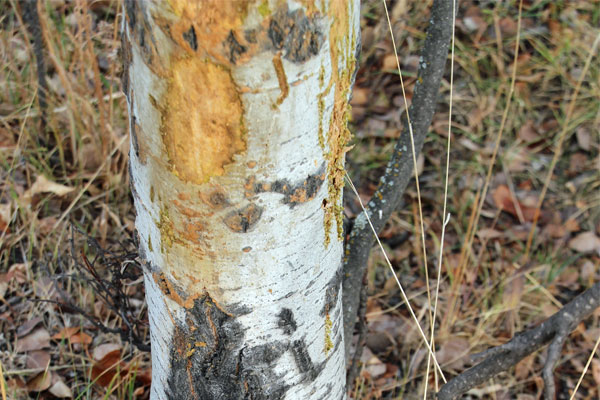 One of the rubs below my stand.

The wind was cold blowing into my face; I burrowed into my coat to wait. It appeared as if this was going to be a very slow and quiet evening in the stand.  A half an hour before dark I decided to give my rear end a rest by standing up to glassed around me. Not seeing anything, I felt like climbing out to head home but I kept telling myself my night was almost over. A few minutes later I saw an averaged sized 4 point jump the neighbors’ fence and hightail it out of my range and view. I continued to glass the thicket he went into wondering where he would come out but I never saw him again. 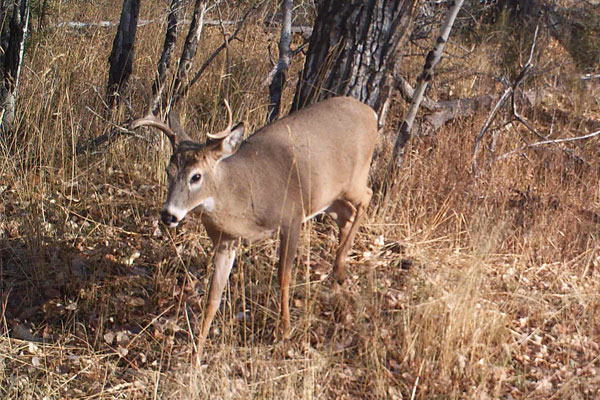 My husband took this photo last year while sitting in a stand, I liked it so I added it for a filler photo.

As I was putting my binos back into my chest pouch I caught movement out of the corner of my eye and a buck had snuck in right below me. I was busted! He was 10 yards from me, we both moved slowly as he moved around the side of my stand. He was aware that something wasn’t quite right but each time he looked away I was able to maneuver my bow and body into a shooting position. As I stood above him I got a good look at him, I decided he was a pretty good buck but couldn’t decide to shoot or not. The rut was only three weeks away and the idea that more bucks would come through made me hesitate. My brain was whirling, do I shoot or do I wait? This is where I should tell you that I am not a trophy hunter, I just like to hunt and this was my first night in the stand for this season. If I decided to take this shot my whitetail hunting would be over before it even got started. On the other hand my husband and I also have a theory that the first night in any stand is always the best and I contemplated this too. While my mind reflected on this and my eyes were on the buck, I hadn’t realized that some does had come into a clearing about 90 yards out and a small 2 point with them had wandered in from the side picking up my wind. Standing below me he stamped his feet and blew. 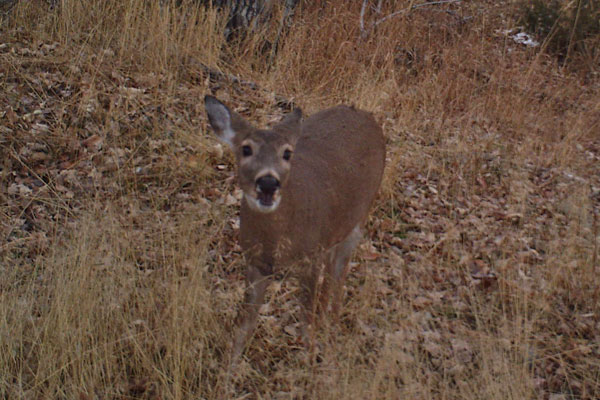 I took this photo last year while in the stand, she was mid-chew and I was busted!

I was busted, and I was sure my evening was over. However, the original buck came around the other side of me to stand with the 2 point while surveying their surroundings. I couldn’t believe it, he stood broadside in front of the large log I mentioned earlier at approximately 20 yards. I thought to myself, I’m going to draw my bow back and see what happens. The bucks maintained their ground while I settled my pin behind his front shoulder and released my arrow. Whap was the sound I heard as the rest of the deer scattered into the trees but the buck didn’t know what hit him.  He walked slowly out into a clearing 90 yards away from me out of my shooting range with his head held low. As my light faded and the deer poured back in I waited hoping to hear or see him fall but he didn’t. (This is the part I hate, I wanted to forge in, I wanted to harvest the animal but I knew I hadn’t heard him fall down.)  Waiting until well past dark I slowly snuck out of my stand staying as quiet as I could making my way back to the truck.

I called my husband Jesse to tell him what had happened. You know how there are times when you just don’t know if you hit the animal in a good place but you know you’ve hit it? This was not one of those times I felt sure I made a good shot, but he didn’t go down so I replayed the scene in my head a zillion times on the way home trying to figure out where it had gone south. 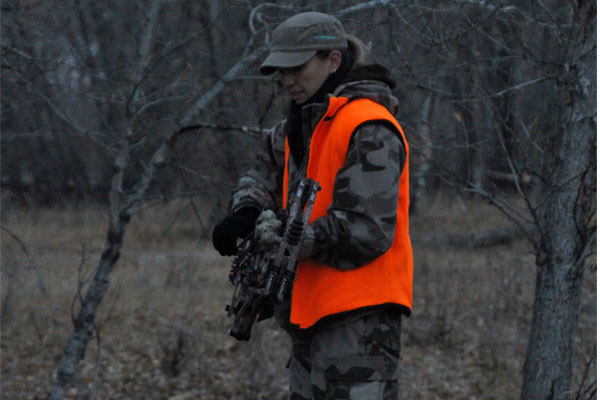 That night was restless; we were on the road early the next morning, heading back to my stand before sunrise. Hiking silently to the stand I walked to the place I had made the shot to look for my arrow, I couldn’t find it only because I was basically standing on it. Judging by the arrow he was hit a little back. Making my way out to where I had last seen him, I started looking for signs so I could track him. 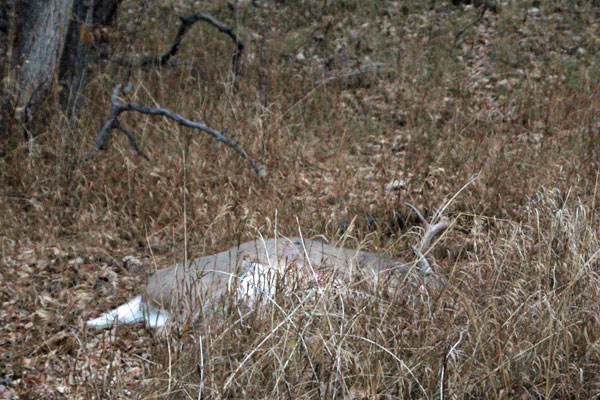 I began to replay the past evenings events for Jesse “he walked this way into the trees and headed…” I stopped midsentence, my buck was lying expired right where I had last seen him before I’d lost daylight. Relief washed through me.  I’d harvested a great buck and still had plenty of time for some late season elk hunting!  But that my friend is another story… 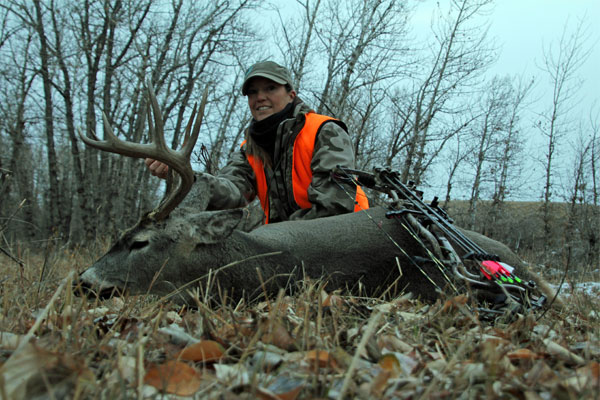 Sorry, I’m terrible with photo editing. I tried to lighten this up for you hence the reason the color looks off. It started snowing right after this photo so the lighting was low.