Mid August is the opening day for bow hunters to navigate the prairie with bow in hand in search of Montana’s Pronghorn Antelope. This year I’d gone through all my hunting gear early taking inventory of items that needed replacing, while setting aside my gear in anticipation of the upcoming season.  In addition to archery antelope season the 15th also marks my wedding anniversary.  We usually take a full week off to celebrate however, unlike past years our anniversary hunting trip didn’t kick off until three days into the season due to work schedules. We drove late into the night and arrived at our destination a couple hours before sunrise.  An hour later a landowner and his posse showed up to harass us regarding our choice of campsite, giving us mixed messages on whether we could be on that piece of public land or not. Quickly we realized that it wasn’t worth our time trying to figure out who was right or to wait for a sheriff to show up and help us sort it out.  We packed up and down the road we went to the next piece of BLM, complaining the whole way.  The same scenario happened the last night we made camp on a chunk of BLM, only this land owner finally softened the more we visited with him. It turns out he was more concerned about his grazing cattle and not wanting them to be hassled by us or the coyotes. 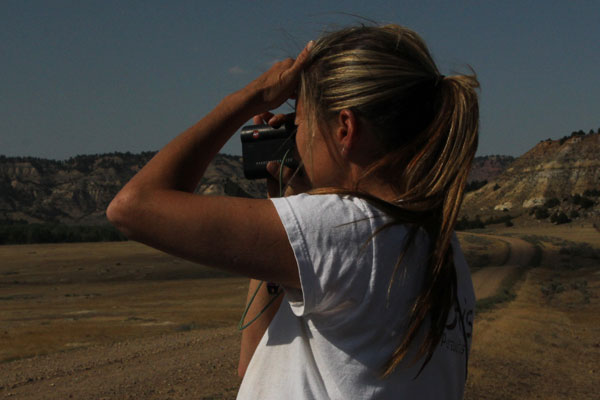 Day one started out as a scouting mission to investigate the areas we’ve hunted in past years.  We scanned the land with our binos from different vantage points and various sections of state ground. As the day progressed into late afternoon a dust cloud billowed out from behind the truck as we rolled down the dirt road back in the direction of a speed goat we saw earlier that morning.  We drove over a crest and spotted a lone antelope buck and we slowed down to get a better look.   As we rolled by, a quick discussion occurred deciding that I would make the stalk. Let me just back up a tad by saying that on our yearly antelope hunt there is always three of us trying to fill our tags.  This year my husband already had his sights on another buck, and Jason our hunting buddy had his long bow with him so his goal was to get a buck no matter the size.  This left me with the allotted hunting position! There were two knolls between us and the buck. Grabbing my bow I headed down one side of the knoll and up the backside to hopefully put myself into a good position on the antelope. This year my strategy worked without a flaw! (I swear I’ve tried this stalk a million times and most times I seem to get caught.) Peeking up I ranged him at 61 yards feeding. Drawing my bow I sat up, he stopped, looked at me took a couple of step while I settled my pin into place releasing my arrow towards his vitals. Oddly, I didn’t see or hear the arrow hit leading me to believe that I had missed the shot. I watched him run over a slight hill directly behind him. I threw my hands up in the air, motioning that I didn’t know what had just happened.  I took my trek across the grasslands in search of my arrow and found it covered in blood that had bubbles on it! Oh yeah!  Looking over the hill in the direction he ran, I could see him lying in the tall grass. My reinforcements showed up with congrats and surprise at the nice buck I had just harvested. 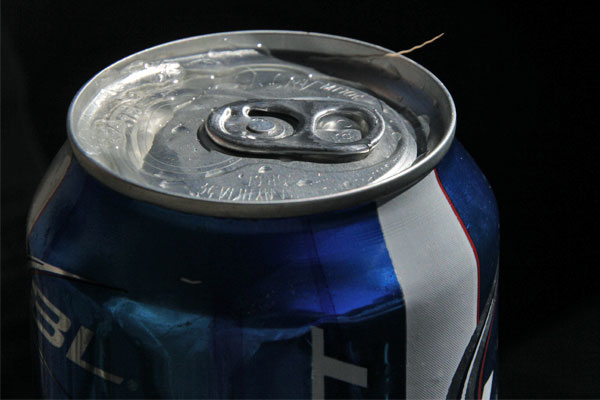 While cleaning my buck out, a beat up truck came bouncing down the hill across the state section and pulled up alongside us while I am elbow deep in guts. It was a ranching couple and the man leaned out of his truck window and asked if we were poaching? Um no, it’s hunting season and I’m on state lands. I don’t think he cared one way or another but he did manage to make a derogatory comment about me gutting my animal and how he bet that would be the last time I shot anything. Not the case buddy! There isn’t any amount of blood, guts, grime, odor or dirt that will keep this hunting gal out of the field with my bow. In fact I hope I see him next year, so I can wave and say “hey I’m back”!